From the gutter: How your litter ends up in the ocean

From the gutter: How your litter ends up in the ocean

Even on a dry day, tens of millions of gallons of dirty water dumps into the ocean through the region’s vast storm drain system. The 3,500-mile network was designed and built to empty streets of rainwater, but tons of litter also flow into the ocean through the intricate system of curbside drainages, underground channels, pumps and creeks. Stormwater pollution puts beach swimmers at risk, particularly after it rains. Marine animals and plants can also get sick or die.

A county connected by a massive storm drain system

Streams and rivers that flow through natural creek beds 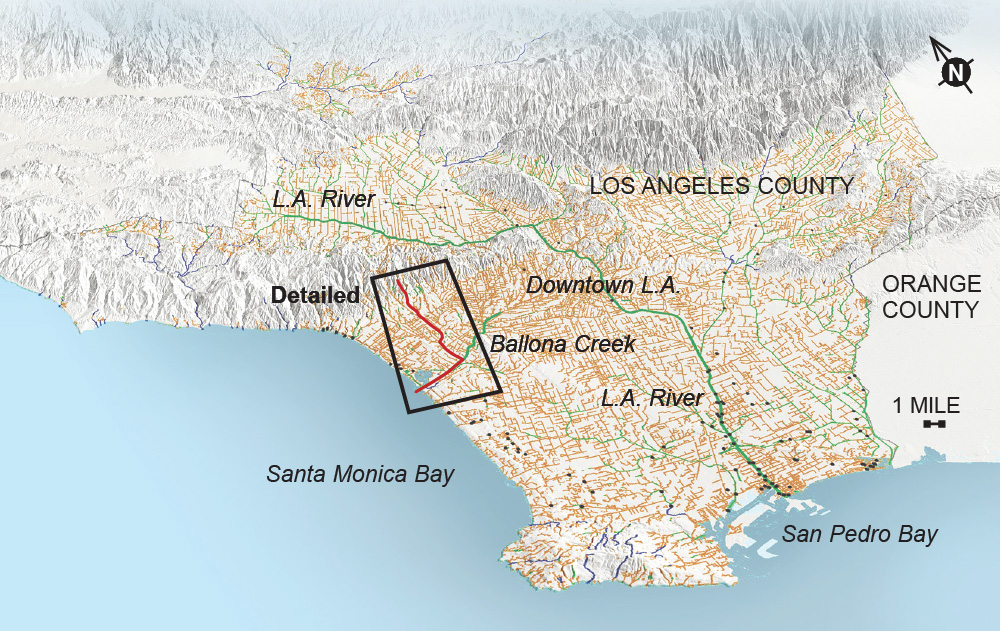 This map is based on raw data from multiple agencies that own and maintain parts of the storm drain network. The data, compiled by the L.A. County Department of Public Works, covers the vast majority of the system.

1: High up on Roscomare Road in Bel-Air, the cigarette butt enters the system through a curbside drain that collects rainwater — along with pet waste, fertilizers, plastic and other litter. There are more than 160,000 catch basins across the county. Unlike sewage, the stormwater collected is not treated and cleaned; the responsibility to not litter is on the public. 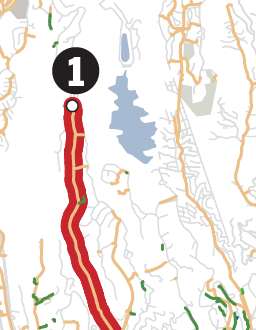 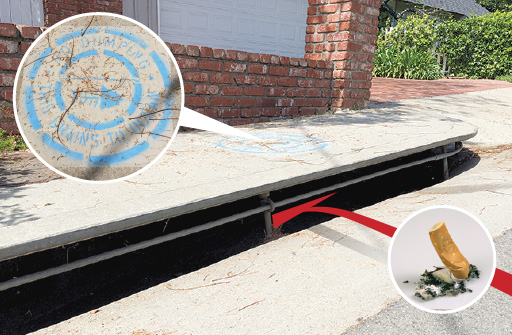 2: From Bel-Air, after going through a country club, along UCLA and under Santa Monica Boulevard, the cigarette butt comes above ground in an open concrete channel near the Clover Avenue Elementary School. The channels are part of a drainage system that was built after L.A. County suffered serious flooding in the late 1920s and 1930s. 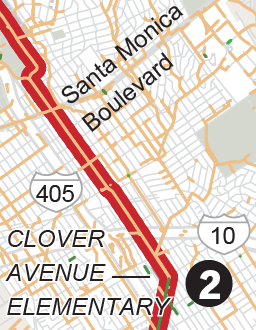 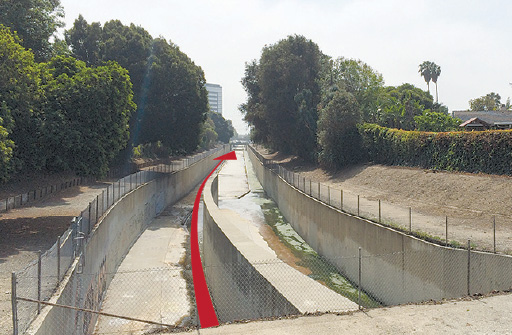 3: The cigarette butt travels further south, washing back underground and into pipes heading toward Ballona Creek. The U.S. Army Corps of Engineers lined the creek with concrete as part of the creation of the storm drain system in the 1930s and 1940s. Screens and nets have since been installed to catch some of the trash before it gets to the ocean. 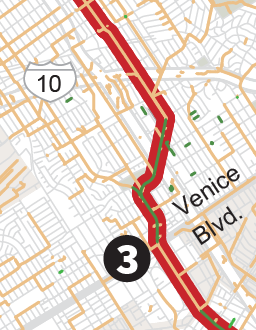 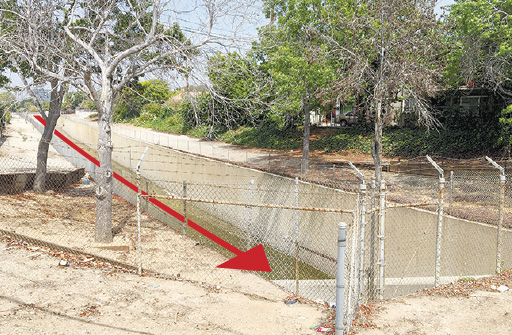 4: The cigarette butt enters Ballona Creek, which flows for about 9 miles. A network of underground storm drains feeds into the creek, as well as “tributaries” such as Centinela Creek, the Sepulveda Channel and the Benedict Canyon Channel. 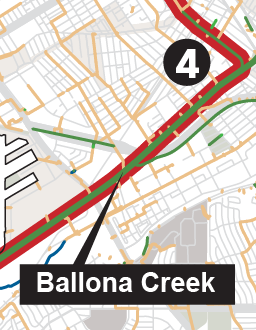 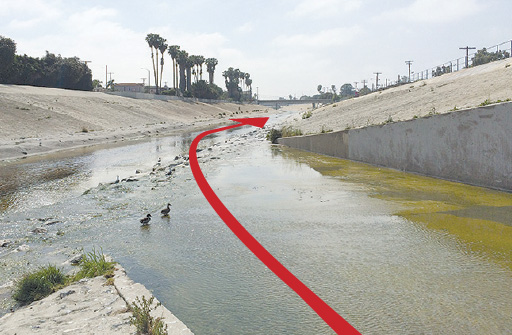 5: The cigarette butt gets dumped into the Pacific Ocean at Playa del Rey. On a “dry weather” day, the creek flows slow and steady at about 5,000 to 10,000 gallons per minute. During an average storm, it dumps into the ocean at a rate several hundred times greater. 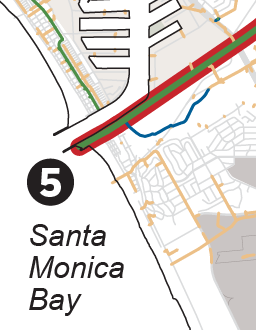 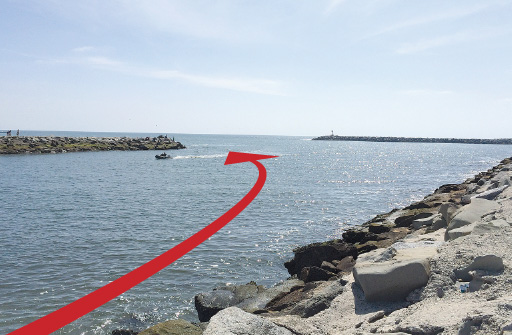